The Hung Ga Fraternity, Then, Now, and Future

Hung Ga (Designating “the House of the First Ming Emperor”) was originally founded as a Han Chinese patriotic coalition, more specifically, an anti-Qing fraternity. With the Opium Wars, “The Eight-Nation Alliance”, and Japanese involvement with the Qing Court, we again see Han fraternal bonding as an answer to foreign incursion, by the formation of the “Ten Tigers of Gwong Dung”, and other like-minded associations, all under the blanket name of “Hung”.

As for the martial arts of the Hung fraternity itself, in the days of Lam Saiwing and Wong Fei Hung, such styles were referred to simply as “Siu Lam Kyun”, as taught by whichever individual ran the school. It was only later, once the Republic was founded, and family styles taught openly, that the name “Hung Ga Kung Fu” was coined for public reference. While the name “Siu Lam” referred to the Siu Lam Temple, which was burned to the ground in the mid-Qing Dynasty, becoming a flash point for popular resistance, the name “Hung Ga” referred more specifically to the pro-Ming Han rebels themselves, and, during the time of Qing rule, was considered as being politically charged.

Since the publication of Lam Saiwing’s three classic books by his student, Jyu Yujaai, the name “Hung Ga” was then not only an historic reference, but had also become so much as a brand name for marketing, more or less, in the cinema, in magazines, and now in DVD’s. 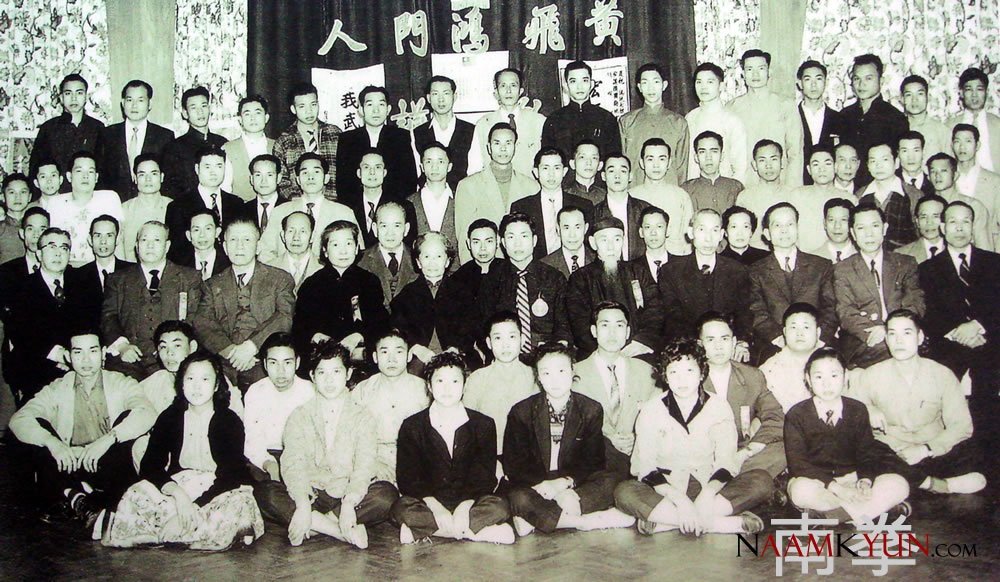 Hung Ga, One Family – Photo from the Archives of Pavel Macek sifu, please click to enlarge

Today, the Qing are now more than one hundred years gone. Generations have passed, branches have spread, and the world is a very different place. Despite the fact that modern factors have evolved, and that some have chosen to go their separate ways, the name of “Hung” is yet synonymous with fraternity, and a fraternity that is unified in its purpose.

Our teachers have long recognized the potential of a world-wide Hung Ga martial arts fraternity, dedicating their careers to its support, and the potential for greatness is larger today than ever before. For these reasons, and more, I believe it to be incumbent upon all inheritors of Hung Ga martial arts in modern times, to think and behave in a manner consistent with fraternal values and objectives.

Now, as a divided house is weak, and a united house is strong, the idea has been floated that we look toward organization, developing a model more suitable to modern times. I would welcome any input offered by all family lines and instructors of the modern-day Hung Ga martial arts, toward the advancement of our great, fraternal system.

Thank you for the affirmation, YHGSKF. I am interested in learning, I am interested in sharing, and I am interested in promoting all legitimate branches and instructors of the Hung Ga martial arts. Right now, this is just a thought put into words. However, as thoughts become words, so words can become actions, and actions can become accomplishments. So long as we don’t get stuck on “who is going to run this thing”, or “how much is it going to cost”, I have great faith that together, we’re all going to make it happen, sooner or later. Really, it’s just a matter of time!

Nice article. Interesting…a fraternal martial art, or a martial arts fraternity?
Either way I’m all for brotherhood, especially amongst the various lines of our art.